Head to https://brilliant.org/MinutePhysics to sign up for free and get 20% off a Premium subscription to Brilliant!

This video was written in collaboration with Aatish Bhatia - https://aatishb.com
To learn more about using & decontaminating N95 masks: https://www.n95decon.org

The physics & engineering of N95 mask design is pretty incredible.

"The electrostatic charge of N95 masks is a major contributor to their filtration efficiency, improving it at least 10-fold over uncharged fabric" (Tsai et al., Journal of Electrostatics 2002; Peter Tsai, personal communication).

Minute Physics provides an energetic and entertaining view of old and new problems in physics -- all in a minute! 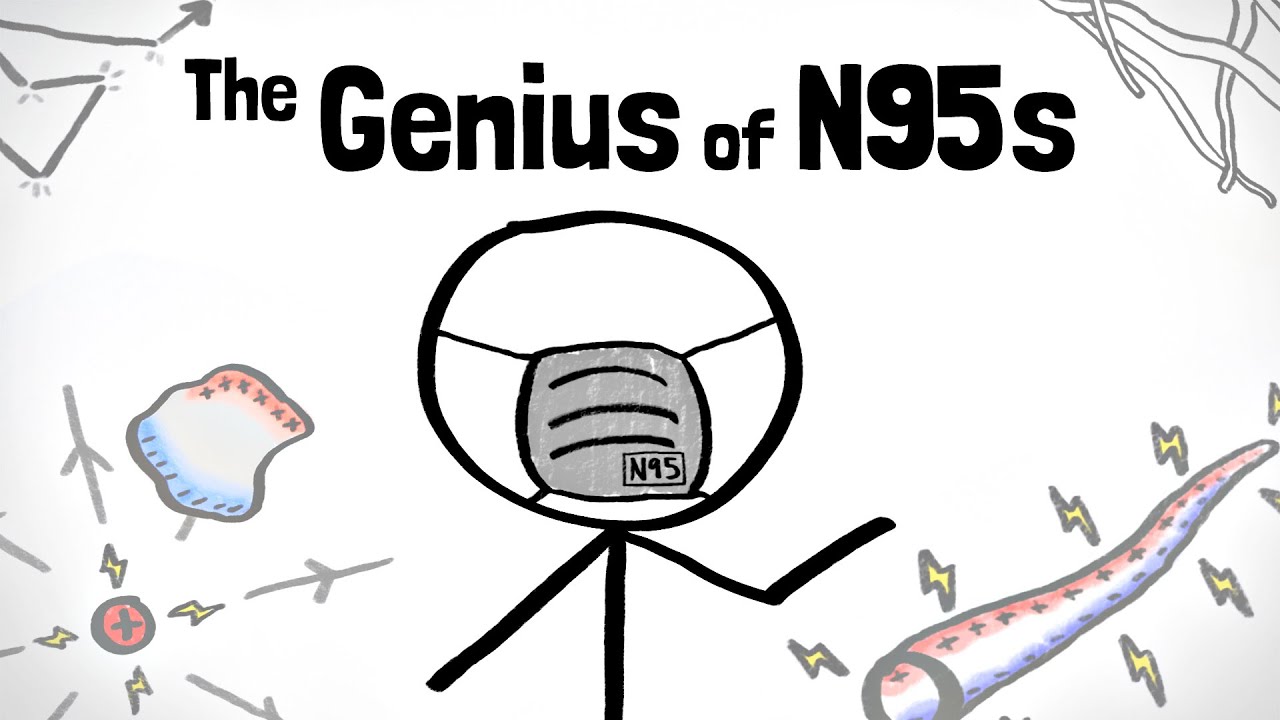 Guide To Using Reverse Image Search For Investigations
Wednesday January 1st, 2020 at 4:46 AM

A Guide to Salt, the World’s Most Popular Food by Caitlin PenzeyMoog
Thursday September 19th, 2019 at 8:26 PM

Everything you need to know about the vast and varied world of edible salt, including the differences between all the types of salt you'll see on the market. Read More
Read the whole story

Sidebar: Alt-Wheels Is Not Micromobility by mikecane
Wednesday September 18th, 2019 at 12:45 PM

I’ve been mean to Horace Dediu and his crew. Dediu coined “micromobility.” I called his lot “grifters” at least twice.

No one is twisting my arm to get me to say this: I apologize. Sincerely.

I was viewing things through my own lens. Which is Alt-Wheels.

And when I saw the micromobility people mentioning eScooters, I thought it natural for them to also encompass Alt-Wheels. And I got a bit heated when I saw they were not.

Basically, they have a different focus than mine. It’s larger.

Here is a chart from them that shows the upper weight boundary for what they classify as “micromobility.”

That weight category would allow this to be classified as “micromobility”:

That is not what I see as “micro.” But Horace and his team do.

So it’s clear there’s very little overlap between our interests. Which means I will stop being mean to them for ignoring things they seem to consider “weightless.” And I apologize again.

But this is an opportunity for me to further clarify what I don’t mean and do mean by Alt-Wheels.

First, I’m kicking bicycles and eBikes out of the category. It has to be done. They have their advocacy groups. They’re long-established. There are also people out there who are far more interested in bikes — and eBikes — than I ever will be. They are set. Governments hear them. People also know what a bicycle is and most have ridden one.

Second, I have to show what is not Alt-Wheels:

Anything car-like, even if it’s being marketed as a “bike.” (Talk about stretching the category!)

Although called an eBike, it can be used throttle-only, which really makes it a type of lightweight sit-down scooter, ala Vespa.

These are the things I classify as Alt-Wheels:

– Made for a single rider
– Smaller than bicycles
– Easily affordable
– Portable

Being portable has some caveats:

A high-end eSkateboard can hit 50 pounds.
The Boosted Rev eScooter is 46 pounds.
A high-end EUC can hit 60 pounds.

However, even with those extreme weights, they can all be trolleyed or wheeled.

The lowest weight limits for eSkateboards is about 10 pounds (but you really wouldn’t want to ride it); for eScooters about 15 pounds (again, not something you’d want); and for EUCs about 20 pounds (which is good for some people).

Maybe I should have called all this “Nano-Wheels.” Or — but this would be spiteful — “Alt-Mobility.”

But I’m sticking with Alt-Wheels.

Despite all the advocacy for bikes, I will repeat this: Not everyone can pedal and not everyone wants to pedal. And despite eBike sales booming in Europe, that’s not to say the same thing will happen here. eBikes are expensive, they’re heavy, and they’re large. Bike theft is rampant and until the issue of pervasive secure storage (“parking”) is addressed, their sales will be limited by the “What do I do with it when I arrive?” question.

And while that’s a question with Alt-Wheels too, at least when it comes to smaller and lighter eSkateboards, EUCs, and the Onewheel, their small size and portability generally means they don’t have to be left outside as magnets for thieves and vandals. They can be kept with you.

It will be generally the same way with Alt-Wheels. Their popularity is due to expand greatly. They are not for everyone — but they will be for millions. It won’t be unusual to see people riding them. They’re already being used for commuting.

This is the fringe of transportation. This is where the action really is.

Steve Jobs: Look At The Fringe

Good luck with micromobility, Horace and his team. My stand is here. At the fringe.